Claude Monet, born on November 14, 1840 in Paris, is considered as the most significant representative of Impressionism. He moved to the port city of Le Havre at the age of five. The impressions of the harbour, the coast and the sea were later manifested many times in Monet’s paintings.

Monet discovered his passion for painting early, which he studied against the will of his parents in Paris. However, the artist could barely sell his paintings at first, causing him and his young family to live in poverty. He began to paint more and more in the open air and devoted himself increasingly to the landscape and nature. Only through the acquaintance with art dealers and the subsequent first solo exhibition of the artist in 1883, Monet became known and he was able to sell more and more of his paintings. In 1890 Monet bought a house in Giverny, which was surrounded by a large garden. With great passion he transformed the garden into a paradise of flowers and ponds containing exotic plants such as glycinia, iris, tuberoses and, above all, his favourite plants, the pearly lilac water lilies. Since then, Monet painted in his garden and in the blossoming nature, whose fascination never left him.

The paintings inspired by Giverny especially appealed to the Parisian audience, which from then on flocked in droves to the artist's garden. Monet painted until his death in 1926 in the midst of his paradise, which is still a major attraction for all art lovers.

Monet's most significant works, the water lily paintings, served as inspiration for the design of "Orangerie". In an incomparable way, "Orangerie" reflects the atmosphere of Giverny, the scent of flowers, the warmth of the sun and the gentle breeze of Normandy. Combining 18kt gold, radiant diamonds and the artistic fire enamel in the design of "Orangerie", the jewellery present themselves in their most luxurious manner for everlasting joy. 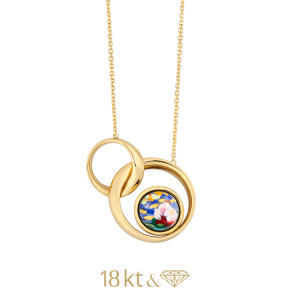 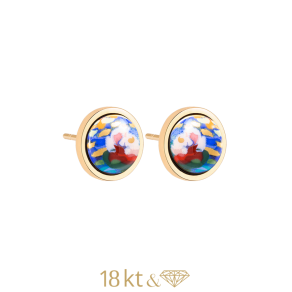 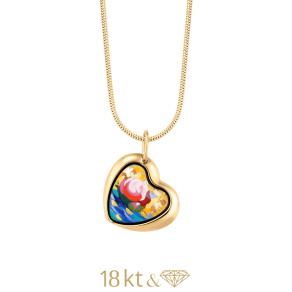 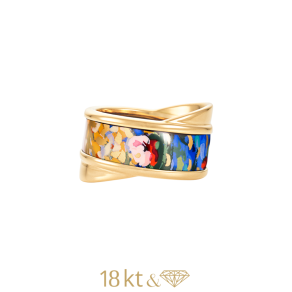 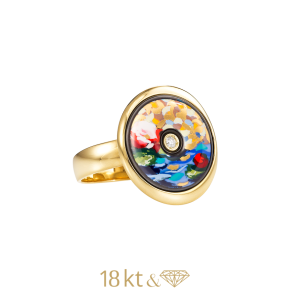