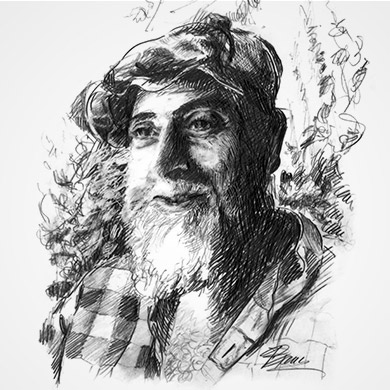 His fascinating work, as well as his extraordinary life, inspired FREYWILLE to create an overwhelming homage that truly captures Hundertwasser’s unrivalled spirit.

This set is inspired by a main motif in Hundertwasser’s artistic universe: The Spiral. For Hundertwasser it is the symbol of life and death, the act of creation and destruction, because the spiral – as opposed to the circle – never returns to its own point of origin. 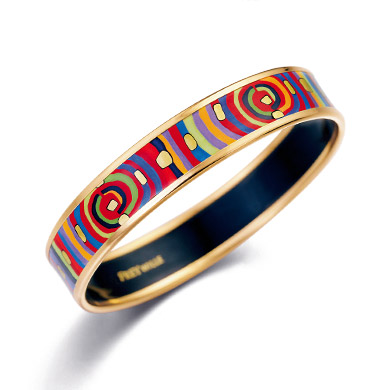 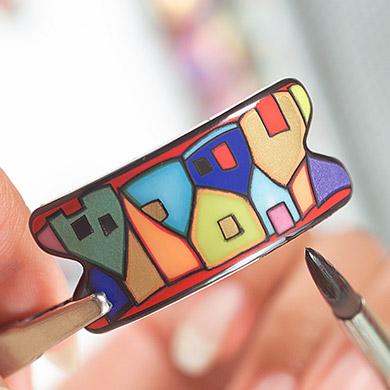 The design Street Rivers devotes itself to Hundertwasser’s second passion; architecture. His architectural work corresponded exactly to his own philosophy that meant the fusion of cultivation of home decor and nature. Active in the ecological movement, Hundertwasser was committed to making life liveable in a humane environment that was close to nature. With a keen sense of style and love for detail, FREYWILLE’s artists merged Hundertwasser’s typical elements with their own interpretations in this extraordinary design.

The design 10002 Nights focuses on Hundertwasser’s architectural masterpieces, which he developed always maintaining the harmony with nature. The significant onion shaped tower that is reminiscent of oriental fairy tales is a recurring facet and became a leitmotif in his artistic work. The contrast of the black background let the onion tower’s colours look even more impressive while powerful red and green enhance the visual effect on the viewer. 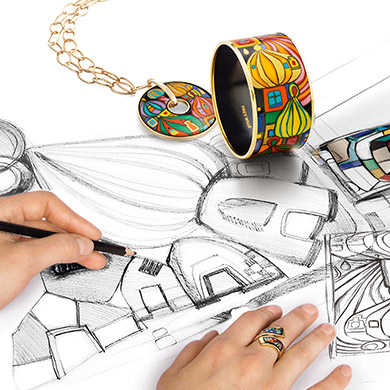 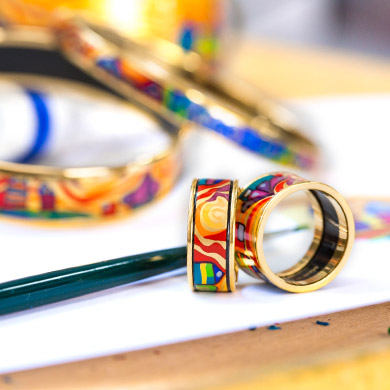 The fire-enamel motive used in this design was inspired by the painting “Irinaland über dem Balkan” and the overall philosophy of the universal genius Friedensreich Hundertwasser. Based on careful research the FREYWILLE artists have created a multifaceted design interpretation full of intense symbols and colours.

Originating in 1969 the painting is dedicated to an actress and her home country Bulgaria, reflecting the atmosphere of a passionate summer romance. Together with the royalgolden background and the warm, energetic colour shades a vibrant artwork has been created, symbolizing freedom, adventure and light-heartedness.

A halo of shimmering diamonds marks the highlight of the design and surrounds a central fire enamel cabochon inlay, which has been hand crafted in FREYWILLE’s Vienna atelier: GLORIA, a stunning collection full of precious elements. Available in selected boutiques. 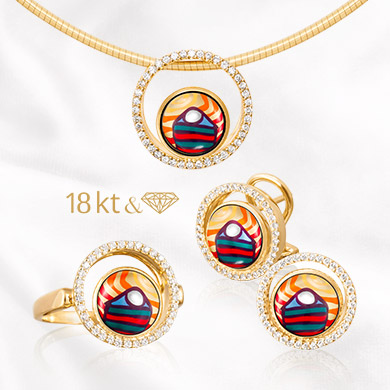